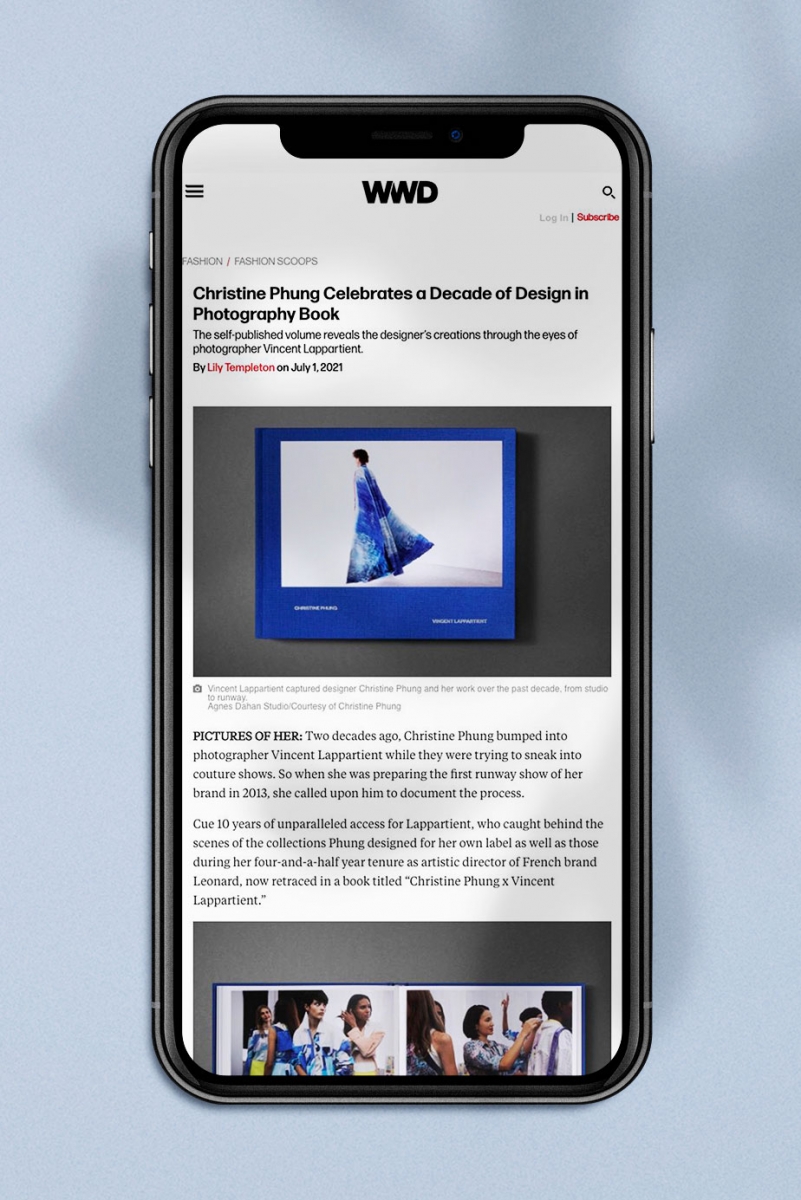 Christine Phung Celebrates a Decade of Design in Photography Book
The self-published volume reveals the designer’s creations through the eyes of photographer Vincent Lappartient.
By Lily Templeton on July 1, 2021

PICTURES OF HER: Two decades ago, Christine Phung bumped into photographer Vincent Lappartient while they were trying to sneak into couture shows. So when she was preparing the first runway show of her brand in 2013, she called upon him to document the process.

Cue 10 years of unparalleled access for Lappartient, who caught behind the scenes of the collections Phung designed for her own label as well as those during her four-and-a-half year tenure as artistic director of French brand Leonard, now retraced in a book titled “Christine Phung x Vincent Lappartient.”

“The photographer is an accomplice to the fashion designer because photography — especially these candid shots away from the runway — is the only medium that doesn’t betray clothing. Photographs capture how the clothes become embodied when worn by those who model them,” Phung said in a phone interview.

The 116-page volume is prefaced by Nathalie Dufour, the founder and director of the ANDAM Prize, which Phung won in 2013. It features backstage snaps of models relaxing in Phung’s designs; impressions of first exits walking out into the runway lighting, or portraits of the designer.

“It is this very specific way of revealing herself to you, of provoking an encounter, that I immediately liked in Christine Phung,” Dufour wrote, describing the designer as “an incandescent young woman, with incredible charisma, who speaks of herself and her work in a seamless manner,” and her work as “warm cuts and rich colors upon which [Phung] layers links of friendship and female solidarity.”

The self-published tome will be available from Friday through the designer’s website and a selective network of independent libraries.